Rheumatoid arthritis (RA) is an autoimmune disease that causes chronic inflammation of joints. Autoimmune diseases are illnesses that occur when body's tissues are mistakenly attacked by their own immune system. The immune system contains a complex organization of cells and antibodies designed normally to "seek and destroy" invaders of the body, particularly infections. Patients with autoimmune diseases have antibodies and immune cells in their blood that target their own body tissues, where they can be associated with inflammation. While inflammation of the tissue around the joints and inflammatory arthritis are characteristic features of rheumatoid arthritis, the disease can also cause inflammation and injury in other organs in the body. Because it can affect multiple other organs of the body, rheumatoid arthritis is referred to as a systemic illness.
RA is the most common form of inflammatory arthritis .Inflammatory arthritis is characterized by pain, swelling, redness and stiffness of joints. Patients with RA have pain and swelling of multiple large and small joints. They can also have significant early morning stiffness of involved joints. An early morning stiffness of more than 30 minutes is considered to be significant. RA is a disease not only confined to joints. The inflammation of RA can also occur in tissues around the joints, such as the tendons, ligaments, and muscles. RA can also affect joints in the spine of neck such as at lantoaxial joint (joint between the 1st and 2nd vertebrae in neck). It can cause pain and stiffness in neck with restriction of movements. While rheumatoid arthritis is a chronic illness, meaning it can last for years, patients may experience long periods without symptoms. However, rheumatoid arthritis is typically a progressive illness that has the potential to cause significant joint destruction and functional disability. In some people with RA, chronic inflammation leads to the destruction of the cartilage, bone, and ligaments, causing deformity of the joints. Damage to the joints can occur early in the disease and be progressive. Therefore, it's important to diagnose and treat this condition as early as possible. 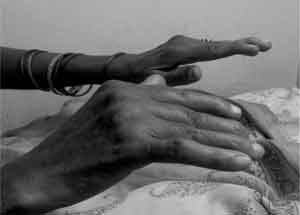 Patients with RA can also have extraarticular disease, which means disease affecting organs other than joints. RA can also involve skin, lungs, heart as well as other organs. They can produce subcutaneous nodules, interstitial lung disease (ILD), anemia (reduced number of red blood cells) and Sjogrens syndrome. Subcutaneous nodules present as lumps underneath the skin on bony surfaces such as forearm and tendons. They are firm and not painful. It's important to diagnose them early as they suggest high disease activity.ILD can cause dry cough and breathlessness on exertion, which must be notified to the doctor. RA can also affect the heart in the form of pericarditis and coronary artery disease (heart attack). These patients can present with chest pain, palpitations and breathlessness. Inflammation of the glands of the eyes and mouth can cause dryness of these areas, which is referred to as Sjogrens syndrome. The risk of lymph gland cancer (lymphoma) is higher in patients with rheumatoid arthritis, especially in those with sustained active joint inflammation. Nerves can become pinched in the wrists to cause carpal tunnel syndrome. A rare, serious complication, usually with longstanding rheumatoid disease, is blood vessel inflammation (vasculitis). Vasculitis can impair blood supply to tissues and lead to tissue death (necrosis). Patients most likely to develop extraarticular disease have a history of smoking, early onset of significant physical disability. It may not be possible to completely cure the disease, but early treatment can prevent suffering and morbidity related to disability.

The cause of rheumatoid arthritis is unknown. Even though infectious agents such as viruses, bacteria, and fungi have long been suspected, none has been proven as the cause. It is believed that the tendency to develop rheumatoid arthritis may be genetically inherited (hereditary). Insights gained by research over the past two decades have revolutionized the protocol for diagnosis and management of RA. The science of RA has taken a major step ahead with identification of new disease related genes and further understanding of molecular pathways, responsible for development of RA. This has helped to develop new classes of highly targeted biologic therapies, which have changed the course of RA. Despite these benefits, incomplete understanding of the initiating mechanisms of RA remains a sizeable barrier to its cure and prevention.
Therapy for RA has improved greatly in the past 30 years. Current treatments give most patients good or excellent relief of symptoms and let them keep functioning at, or near, normal levels. With the right medications, many patients can achieve "remission" - that is, have no signs of active disease. There is no cure for RA. The goal of treatment is to lessen your symptoms and poor function. Doctors do this by starting proper medical therapy as soon as possible, before your joints have lasting damage. No single treatment works for all patients. Many people with RA must change their treatment at least once during their lifetime. Good control of RA requires early diagnosis and, at times, aggressive treatment. Thus, patients with a diagnosis of RA should begin their treatment with disease-modifying antirheumatic drugs - referred to as DMARDs. These drugs not only relieve symptoms but also slow progression of the disease. Often, doctors prescribe DMARDs along with nonsteroidal anti-inflammatory drugs or NSAIDs and/or low-dose corticosteroids, to lower swelling, pain and fever. DMARDs have greatly improved the symptoms, function and quality of life for nearly all patients with RA.
The last two decades have witnesses a remarkable improvement in outcomes of RA. The historic descriptions of crippling arthritis are currently encountered less frequently. Much of this progress can be credited to the expanded treatment options and early treatment strategies. The new treated treatment options have forced a new mindset for primary care practitioners. That is, one that demands early referral of patients with arthritis to a rheumatologist for prompt diagnosis and initiation of therapy. Only then will patient achieve their best outcomes.